The MK-001-ARC is a unit dedicated to simulating the look of a flashing arc welder.  The effects are created by using a super bright cool white LED inconjuction with a blue LED.

There are 2 outputs, one controls the white LED and the other controls the blue LED. The 2 independent channels produce a very realistic effect. The MK-001-ARC operates from a regulated 12V DC power supply. A 1 amp DC power supply is sufficient on it’s own or the unit can share another power supply with spare capacity.

For correct operation of our simulated arc welder, the  power supply must display the symbol below. Damage to the board could occur if an incorrect power supply is used. If in any doubt the select a suitable mode from our range of power supplies. 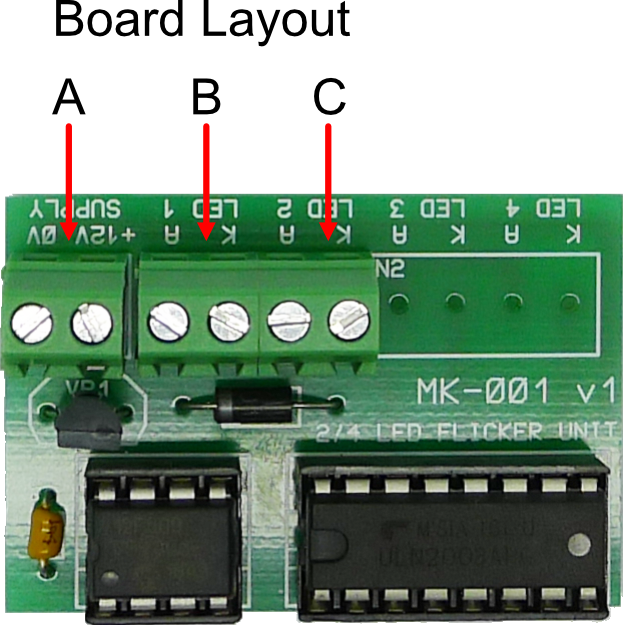 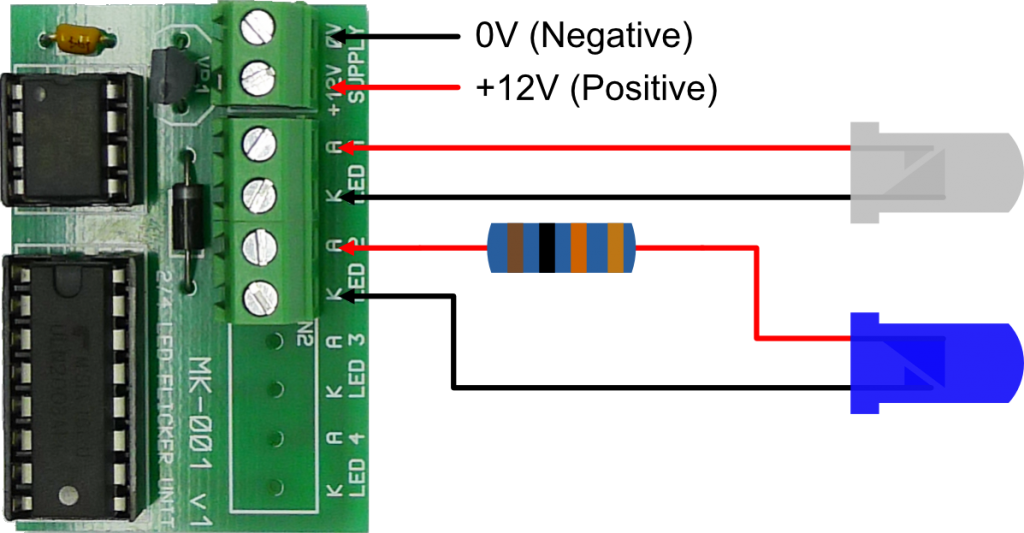 Shown are the power and 2 LED output connections. Ensure that the polarity of the power connections and the LEDs are as shown.Connecting the 10K resistor in series with the blue LED is optional but is recommended to give a more realistic effect.